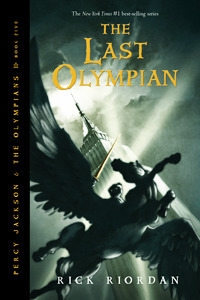 5/5 stars!
What a great ending to the first series! I feel so emotionally exhausted after reading that. And to think, it was only within 2 weeks.
Now if you keep up with my reviews, you’d know that I mentioned how unfair it was in the previous book– my emotions were all over the place. Percy had not one, not two, but three love interests that came out of nowhere??? Damn, Percy, cool it would ya?

Anyways, I can’t believe I thought the last book was playing with my emotions- OH NO. THIS WAS FAR, FAR WORSE. 5 pages in and Rachel’s already kissed him.

JUST WHEN I THOUGHT MY PERCABETH SHIP WAS SAILING. Whoever had the idea to include Rachel (as a love interest), needs to have a talk with me. They need to know how much this actually affected me while reading the book. Percy kinda goes on a girl-drama roller coaster all throughout this book. 20 pages in and he’s like ‘eh, move outta the way Annabeth, Rachel’s here. And she’s easier to be with bc she’s so chill and artistic.’- WHICH, BY THE WAY, HURT MY HEART JUST A LITTLE MORE. But then there’s moments like the River of Styx and from that point my Percabeth feels were 104% done.

Enough of the romance, let’s talk about how the world was literally ending.
You know, in about chapter 3, when they had the meeting in the ping pong area and spoke the entire time about Titan’s coming to NY on PJ’s birthday??? And PJ says at the end “oh yeah, almost forgot that’s my birthday.” ????????? W h y. Another thing to point out, one of the first pages of the novel, Percy says “oh yeah, my dad is the God of the sea”. Like. We. Didn’t. Already. Know. That???? It’s the final book of 5, you seriously think we need to be reminded of that????
Although this is a middle grade book, I couldn’t figure out the prophesies. I tried, really, I did. It was refreshing to have such a strong mystery in this ending, with such complicated yet beautiful characters, from the antagonists (Luke) to the gods (Hermes). And finding out Nico’s family???? And Zeus??? Brutal. But perfect. I wish I could read further on Maria and Hades’ time together in the 40’s. It was so interesting to read about.
It was a bit anticlimactic for Thalia. She was really hyped up in the first two instalments, but by the end of the series she’s basically like any unclaimed demigod. Not at all what I imagined the plot for Zues’ child to have.
I don’t want to write too much on the smack down, so all I’ll say it is epic. My favourite part was seeing the gods defeat Typhon. Especially Poseidon. Bless him and his Hawaiian shirts.
I feel really proud on all my children! Especially Annabeth. She’s grown up so much in the five books and I want to give each of them hugs.
I’ll eagerly be waiting to read on, hopefully it gets lighter from here on out. I mean, what could be worse than the end of the world?

Basically, this is Rick: