Wicked Saints by Emily A. Duncan

I read this book in audiobook format. I ADORED IT!!! I’m taking 1/2 of a star off, because the Russian lore was difficult to understand which was irritating. And this is coming from me: somebody who’s a history teacher (to be), with a specialisation in the Romanov Dynasty (c. late 19th to 20th C). Yeah. I said it.

Nadya: A beautiful nun (in training) from a Kalyazi, one of the two major lands in the mythical Russia. She was relatable to follow, and I loved her insights. It was interesting to watch her start the novel being so devout to her gods (who give her magical abilities), to the end, where she fears the gods and does not wish to contact them. Her character development was fantastic. 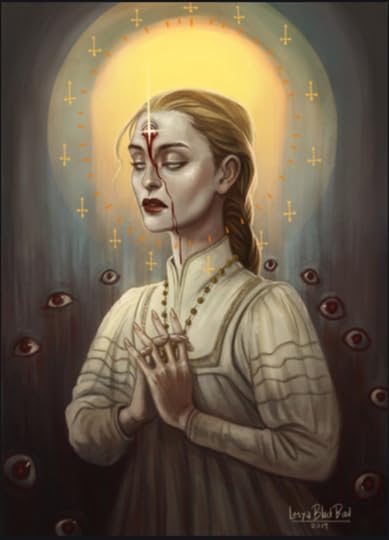 Malachiasz: *SWOOON* He’s Kylo Ren. Or Ben Solo. Depending on where you are in the novel. He’s a strange nomad who comes across Nadya, and joins her on her quest to kill the King of Tranavia (Serefin’s papa; (view spoiler)[and Mal’s uncle (hide spoiler)]). He was an excellent villain that you fall in love with. He’s gritty and crude and breaks your heart multiple times. 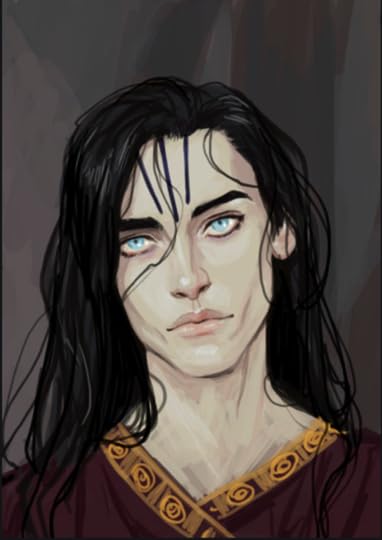 Serefin: Prince of Tranavia, but not loyal to the crown. He is the face of the war effort, but is a run-away. He returns after some time (I think roughly 5 years), and is skeptic of his father’s pursuits. He begins to counsel Kalyazi sympathisers, and develops his own opinions of the empire. He seeks to kill Nadya, who has gone viral amongst the two nations. Her abilities (sourced from the gods, which Tranavians do not believe) are a threat to the war effort. 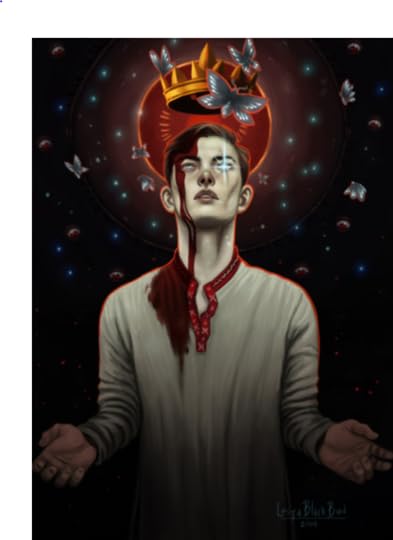 There is a long (100s and 1000s of years) war going on between Kalyazi and Tranavia (aka two sides of contemporary Russia). Magic exists, gods contact people, and technology from the Industrial Revolution onwards does not exist. A nun’s magic powers are revealed, and she’s on the run. While she’s running, she conspires a plan to kill the enemy king. She believes killing the king will end the war (which looks like they’re losing). Everybody has grown war-weary, just wanting it to end. The Vultures (sacred magical army of Tranavia) and Serefin (Prince of Tranavia) are hunting the nun down. The nun meets (and fights) with a dark and mysterious nomad, who eventually ally together to kill the king. However, Serefin starts to consider that perhaps his father’s war efforts are futile, and that Kalyazi has some hope in its nation. The nun and the nomad infiltrate the palace through a disguise– the nun will play a contestant for the prince’s hand (very similar to The Selection. It’s glamorous, with jewels and ice and marble palaces. HOWEVER: THERE IS GORE, THERE IS BLOOD. EXCESSIVELY. THERE NEEDS TO BE A TRIGGER WARNING. 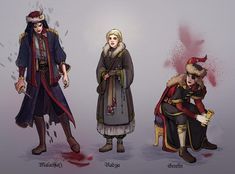 The story has 32 chapters. flipping between Nadya and Serefin’s perspectives. There is a reason Mal’s POV is not shared 😉 So many secrets to be revealed!

“This monstrous king could be undone by the touch of her lips.”

Oh my god. So many plot twists. We finally learn about Mal’s background… and boy, what a shitfire that follows. It goes out with a BANG! (view spoiler)[Mal is the Black Vulture, aka the Head of the Vultures, aka their GOD. Also, he’s Serefin’s cousin. (hide spoiler)]

I looooved this book. I didn’t think I would. I’m going to buy this in hardback and pre-order the finale for sure!