The Wicked King by Holly Black

MY EXPERIENCE WITH THE BOOK:
Although I pre-ordered this is in June 2018, it took me 1 year (from publishing) for me to read it– and I didn’t even read my own copy, I borrowed the audiobook from the library! I put it off for so long because I didn’t want my 5/5 star rating of book one to be disappointed AND THEN The Queen of Nothing came out, and all of my friends were trashing it. EEK. Overall, The Wicked King did not meet the amazingness of The Cruel Prince, but it was still glamorous and fun. 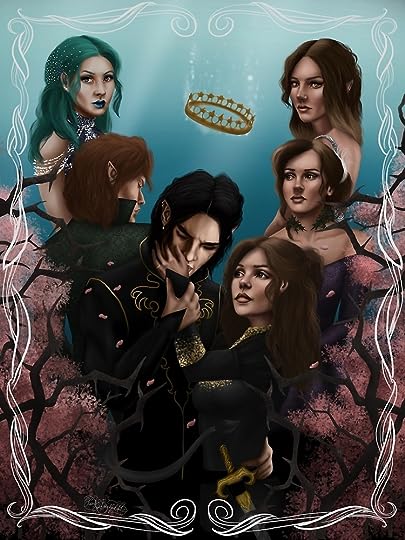 Jude: Jude was just as feisty in this instalment. My heart ached for her when she went through so much torture, violence and brutality. She’s fearsome and cunning, and I love that she ‘takes no prisoners’. Saying that, she forgave and learned to trust in this instalment, and it does not bode well for her. JUDE DESERVES NOTHING MORE THAN THE BEST LIFE AND TO GET EVERYTHING SHE’S EVER WANTED.
Cardan: Ooooh what a little shit! But an excellent anti-hero. He balances Jude perfectly, and I dearly missed whenever he was not in a scene. The plot twist at the end makes me red with fury. I hate him now. I don’t think Jude x Cardan should be a thing– that was just…. awful. Terrible.
Taryn: FUCKING HELL. WHEN WILL SHE SUFFER. SHE IS THE EPITOME OF SHITHEAD YOUNGEST SIBLINGS.
Balekin: I loved the exploration of his motivations in this instalment. It was seedy and gross and disturbing, and gave me a thrill whenever he was in a scene. Black did a fabulous job in writing his character.
Nicasia: Forgive me if I’ve spelt her name wrong, although I’ve read this series many times, I mainly consume it via audiobook and I’ve forgotten. ANYWAYS– Nicasia represents so much that I hate from:

The depiction of young, foolish and selfish teen girls in YA fiction.

I found it strange how immature she is represented, and feel she could have been so much more in the twisted tales of Jude, Cardan and the rest of their cohort. But instead, she is seen as a stubborn “ex-girlfriend”. That’s it. There’s really nothing else to her. Besides awesome hair.

What’s a bit chilling, however, is how similar I find her to Jude. It’s eerie to compare them side-by-side. All the “dark” sides of Jude are highlighted in Nicasia’s character, except we see Jude’s as a somewhat positive feature in her. I WANT JUSTICE FOR NICASIA IN BOOK 3 AND IF NOT, I’M WALKING OUT. I want to see more from this character besides being a living, breathing fangirl for Cardan (that’s the audience’s role, tyvm).

If any spunky, mermaid girl with awesome blue/green/pink hair is reading this, please hit me up. I wish to be your girlfriend.
Madoc: I was surprised how little he was featured in this. He’s more of an afterthought when it came to many of Jude’s decisions, even though the climax of book one entirely revolved in out-manoeuvring Madoc (and getting revenge [in a sense] after their childhood). He’s another favourite character of mine, as he perfectly balances the line of ‘we want to root for you, foster-Dad’ but also ‘absolute craphead who is obsessed with getting his juvenile son on the thrown with not much else revealed’. I look forward to seeing his role in the finale: I strongly believe Madoc will be Jude’s ultimate demise, not Cardan or any other fae-folk.
Vivi: WE ALL LOVE VIVI. We were given a special glimpse into her life in this book, and it was uncomfortable to see when she truly resembles the Folk. At one point, she reasons on Cardan’s behalf (not Jude’s). The best development and exploration through her character was when she took her girlfriend (Heather) to see Taryn’s wedding. After Heather gets tricked and picked on by the fae, Vivi simply glamours her to forget all about it. Of course, this raises soooo many issues with Jude (and every other human reading this), and touches on the importance of consent and respect. I truly think Vivi’s message in this story is so important for teen readers to understand from the series. 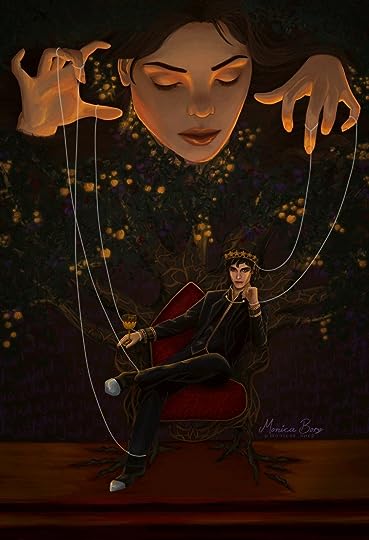 *sigh*. What the fuck happened? Uh… Okay, so 50% is Jude moping around and being conniving. She orders Cardan around, she’s dreading her sister’s wedding, and she’s trying to run the entire kingdom (and stop it from starting a war). She’s very much alone, and doesn’t spend much time with anyone. THEN many proposals happen, many squabbles happen, and suddenly Jude is kidnapped. She’s tortured for a month. Thankfully (of course), that sorts itself out, and YAY WE GET SOME ROMANC- ooh, too late, romance is gone. Betrayal just happened. Jude, once again, suffers. End of Book 2. (Holly Black, you are more than welcome to use this as an updated blurb. I can see how it would sell more copies, for sure)

STRUCTURE:
There are 32 chapters, all in Jude’s perspective (first person). There are two (or three) parts to the story, as well as an epilogue (thank god, or else I wouldn’t be able to sleep. That cliff hanger was HARSH).

THEMES:
– Family loyalty
– Self-respect and self-expectations
– What you can control vs what you can manipulate
– Young love (but everyone is a dumbass, literally, every relationship is the worst and not ideal for any one who may choose to read this and think ‘oh, so this is what love’s meant to be like?’ NO.)
– Consent
– Betrayal

“‘I hate you,’ I breathe into his mouth. ‘I hate you so much that sometimes I can’t think of anything else.'”

“‘for a moment, when I was at my worst, I felt powerful, and most of the time, I felt powerless, despite being a prince and the son of the High King of Faerie.'”

“It occurs to me that maybe desire isn’t something overindulging helps. Maybe it is not unlike mithridatism; maybe I took a killing dose when I should have been poisoning myself slowly, one kiss at a time.”

“‘Revenge is sweet, but ice cream is sweeter.'”

THE ENDING:
It’s a cliffhanger, folks. What did you expect? Just like in book one, this one goes out with a bang! It’s another plot twist (but not a jaw-dropper like the other books’ ending), and I love it and hate it. Now I have to wait 20 days to read the finale. I’m due to have the library’s audibook copy in 3 days, though. I’M KEEN. I’M NOT KEEN. I’ve heard terrible things about it, and all I want to see is justice. I want to see romance and happiness. I want to see Taryn SUFFFERRRRR.

IMPACT:
Honestly, this book was underwhelming. It could have so easily been like ACOMAF where the whole world changes, with their little bargain, but no. It fell flat. I still enjoyed it– as I love the world and I love Jude, but I don’t feel the need to reread it like I did with The Cruel Prince.

Read my review of book one (The Cruel Prince) here.

3 thoughts on “Review: The Wicked King”