House of Salt and Sorrows by Erin A. Craig

I gobbled up this awesome audiobook in 5 days. I loved every gruesome detail of this book. I started reading this book and hated every character. They were so unlikeable: they were drab, and they were 2 dimensional. But then external (non-family) characters are introduced, and the story comes to life. Here’s what made the story the best re-telling ever; there were ghosts, demigods, AND magic at play. 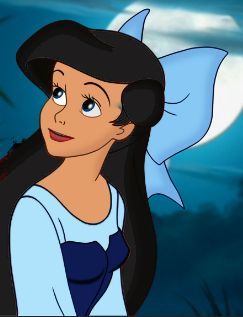 Anna-leigh: AL is our main protagonist. She’s pretty annoying. She’s like Tris in Insurgent: ignores every order given to her. Don’t get me wrong– I love defiant women, especially for a good cause. But these types of girls are the most instinctive, and unknowingly selfish, characters in the whole wide world. However, once AL has agency (ie: pursuing the murders of her sisters), she’s more determined and wired.

Cassius: Tall, dark, and handsome man from a far away land. *swoon* You can feel the magic from Cassius as soon as he smiles, or charmingly talks to Anna-leigh. He was so interested to know her, which was refreshing to see in a YA romance. Usually all we find out is things about the male love interest, which… is tiring. Cassius is the perfect bookish boyfriend!

Fisher: Old-time childhood crush. He’s exactly like Laurie from Little Women. He flirts and is friendly to all of Anna-leigh’s sisters, but also is a guardian figure when the girls don’t have their father to look over them (yes, it’s one of those societies where chaperones are needed -___-). He doesn’t really develop much in this book, and you find out why in the ending (view spoiler)[he was dead the entire time. The evil demon witch lady had possessed him (hide spoiler)].

Anna-leigh’s Father: What An Asshole. I had high hopes for him when he insisted to his new wife at the beginning of the book that it doesn’t matter what sex the eldest is: the eldest will inherit his wealth. BUT THEN for the rest of the book, he is the most patriarchal figure I’ve ever seen in a YA novel. It was sickening. He insists the girls are chaperoned always, and can’t be trusted to be independent while shopping or exploring the city. He clearly views each of his teenage daughters that they’re fickle and malleable. To top it off; he marries some hot young chickie to replace his wife that he had TWELVE daughters with. Like… dude. Give it a break. Enjoy your daughters. Were you really that horny???? My final tip-off was that he’s an aggressive drinker. He remembers and is aware at the time when he’s drunk and being an asshole, but he doesn’t care: he’s the Lord of the manor, and the tiny island. He’s a wreck. I was not sad (view spoiler)[that he perished in the house fire at the end. At least, I think that’s what happened. It’s not too clear– so much unfolded in that climax (hide spoiler)]. I wish he had some sort of condemnation scene to deal justice onto him.

Morello/Morella/Marla (the step mum): My god. Easily the most annoying character I’ve read in a loooooong time. She is the new step mum, and she’s vapid as they come. She also stops the family in mourning, even though it’s not her place, and changes the household around. But only so it benefits her in the rich, lavish lifestyle that she signed up for. She’s perky but lonely, and doesn’t have any friends her age (I wonder why… not). She’s only a few years older than Anna-leigh (who was 17-19ish). Which is sick: that means the husband (father) married somebody who’s younger than his late eldest daughter. Vom. I did love her twists around the end of the novel. It was cinematic and poetic, all rolled into one.

The 12 sisters: If you didn’t already know, this book is a retelling of the 12 Dancing Princesses. I’ve only heard of the story from Barbie, and boy, it’s verrrryyyy different. Chuck in a few more maggots and rotting oceanic imagery. Anna-leigh is the 8th of the sisters. Camille, now the oldest living, was only a year or so older than her (so 20 years old, tops). She’s a lot more outgoing, and frankly, it should have focused on her (or one of the triplets). Speaking of, younger than AL are the triplets. They’re hard to discern and it wasn’t really fleshed out. They’re more used for a foreshadowing disaster that happens later in the novel. Finally, we have 6-year-old Verity. She’s the youngest of the girls. Their mother died after she was born (due to a mix of childbirth issues + madness?? Idk). I successfully felt the sisterhood in place, but I did not feel like each of them were their own character. But I guess that wasn’t the point of their existence: they serve to be a motivation for AL, and that only. The dead sisters remain in the manor as ghosts, which is creepy and cool at the same time. I think the sister than was only 10 months older than AL (I think her name was Elizabeth) should have stayed alive, as she seemed interesting and gave AL more of a voice.

PLOT:
Papa marries a young, hot chickie. Which is rude, since the family of 10 (Father + 9 girls) have lost their mother as well as 3 older sisters. The young step-mum wants to make the manor awake and alive again, but ironically: darkness ensues. Ghosts, demigods and demonic magic enter the ballrooms, and the girls dance their way through being haunted. Anna-leigh is the only curious one in the family, and seeks to find the killer behind her sisters’ “suicides”. She also flirts with 2 boys, and don’t worry, the love triangle fizzles out within 50% of the book.

STRUCTURE:
There were 113 parts to this audiobook (to put this in perspective: The Queen of Nothing has 29 parts). They’re all narrated by the same woman, which gets confusing when all of the sisters are having a conversation :S It’s told through a first-person perspective of AL, who, excitingly, was an unreliable narrator (because she gets drugged, and possessed, and has nightmares etc).

THE ENDING:
Twist after twist after twist. Morello goes into labour just as Anna-leigh is to confront the evil demon witch goddess who has possessed her entire family. You find out who made a bargain with the trickster, and who wanted to kill the girls. So many revelations at the end, you feel as drugged and possessed as AL. It is AMAZING.

IMPACT:
This book has many awesome perks: fully fleshed god system (which imitates the Roman gods); epic motifs on the sealife; spooky and dark thrillers; and a large focus on female characters/development. I loved this book for it’s amazing ending, and wish there was more in the world. Yes, the characters gave me great irritation, but the story was fantastic.

5 thoughts on “Review: House of Salt and Sorrows”