This is my second read while on the cruise. I gobbled this book up in 3 sittings– I LOVED IT! The writing was phenomenal: I loved the world building and the characters. It showed women as multifaceted and complex individuals. I #LoveOzYA. 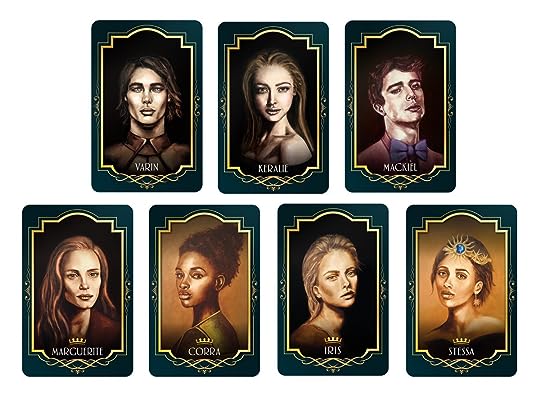 Keraline: Kera is our main character. She’s just like Celaena from The Assassin’s Blade. In fact, she even has her own rough-tough boyfriend (or… love interest) and assassin/thief boss. She’s so gritty, she even hurt her parents because she wanted to make the point clear — she was not a part of their family, and she was not a part of their lifestyle. Kera was a wonderful character to follow, except the ending felt a little out-of-character after everything she’d been through.
Mackiel: Our Sam, if Sam turned out to be a scumbag. He’s scrawny and boyish. Mackiel takes over his dad’s pawn business, using Keralie as his own pawn. They’ve known each other since they were 10ish, messing around on the streets. Then, at 18, his father dies. *enter evil intentions and greed*. He traded his childhood for … glory? I don’t really know what. Mackiel wasn’t as fleshed out as he could have been, BUT WHO CARES. The female characters (for once) were the multidimensional figures!!!
Varin: Enter our target. Mackiel orders Kera to steal from this guy, a messenger on the streets. Kera successfully bamboozles him, and goes to the market to pawn the gadget… but wait! Who’s in the audience!??! IT’S VARIN! Skip 200 pages, Varin’s our new love interest. Again, near the end, it was so out-of-character for him to turn his trust on Kera. Like… it didn’t seem realistic. After all you’ve been through, wouldn’t you try to see another angle before jumping to a conclusion????

The Four Dead Queens:
Iris: Iris is 25. She’s the first to be murdered. She’s the queen for the first quadrant: Archia (the agricultural sector). She’s also a sapphic (view spoiler)[with Corra (hide spoiler)]! Yay! Iris’ beef with the Queenly Laws: she wants to make untraditional changes, that are against the code. Iris also knew (accidentally) the other queens’ secrets.
Stessa: Stessa is 16 (and dark-skinned, yay!), and new to the throne of Ludia (the artisan sector). She’s quite snarky. Her beef involves conspiring the ranks and rules of the court, and gets her lover to be the advisor for her. Queens are not allowed to have boyfriends (to an extent), as it distracts them and threatens their position of power. Stessa was annoying but perfect for representing a fashionista, 16 year old, who has inherited a lot of responsibility.
Corra: Corra was my fave queen! She’s from the technological sector, Eonia. Like Stessa, Corra is also coloured. She’s 30. I found it interesting and purposeful that the technological/medical advancement sector and the artsy/fashion sector were populated by the dark-skinned people. It’s not really explored, just like the sapphic stuff going on, but hey! It’s some representation. I digress. Corra was my favourite, because she dealt with so much; her relationship with (view spoiler)[Iris (hide spoiler)], as well as her upbringing (view spoiler)[within the castle (hide spoiler)]. Her death was the most tragic in my opinion, and the worst way to die.
Marguerite: (view spoiler)[She wasn’t ever dead! SURPRISE! I thought she was going to be Kera’s long-lost mum (I was wrong). (hide spoiler)] Marguerite’s dilemma is that she had a baby 17 years ago (when she was 22). She told everybody she had a miscarriage, but really she hid the baby so they’d never get involve in royal drama (foreshadowingggg, dun dun dunnnn). 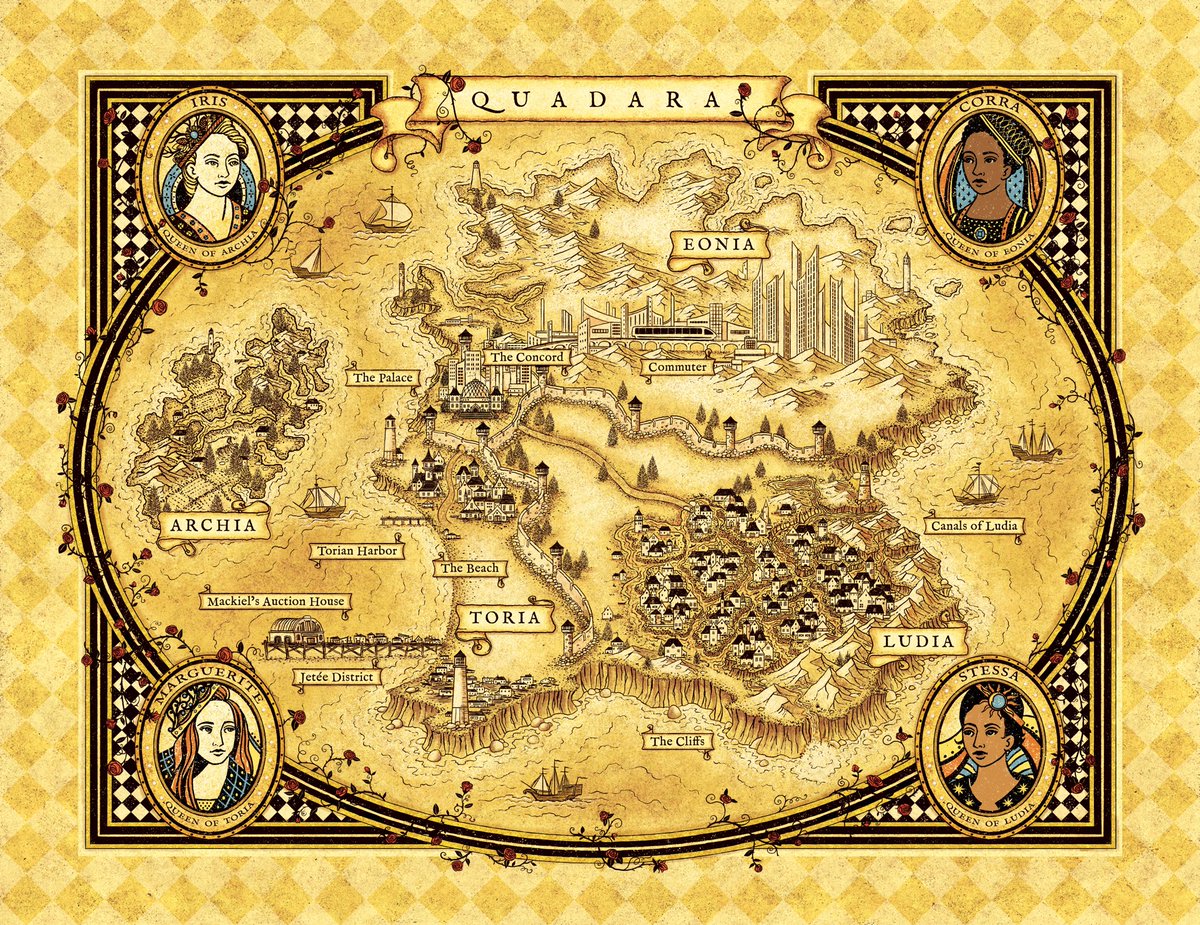 Kera steals from Verin. Verin follows Kera to get what he stole back. Kera’s boss turns against Kera, so Kera and Verin run. What Kera stole were memories: memories of killing each queen. They realise the memories hadn’t happened yet. So what do you do? Try to stop the regicide! But wait… somebody’s being framed. And then there’s double agents. And then there’s hypnosis and mind control. WHAT IS GOING ON AT THE END???

Each chapter flicks between Kera (first-person), and the Four Queens (each chapter is dedicated to one queen, and usually ends in their death). At the end, we get one unknown first-person perspective, which is immediately revealed. Kera was interesting to follow, but it was a thrill to read each queen’s POV and lead-up to their death.

“He didn’t understand. I was exactly who I wanted to be and had everything I’d desired. Everything they could never have afforded. I wanted to share that with them.

‘Loving someone means risking your heart being broken,’ Corra said. ‘But those moments you are together triumph over any hardship.’

Many reviews reflect that the ending feels rushed. Yes, I think Kera accepted the ‘truth’ (view spoiler)[that she was mind-controlled, murdered all the queens, then forgot about it (hide spoiler)] too un-critically. But it’s like Kera’s policy: get in quick; get out quicker. It reminded me of an Agatha Christie ending, they fall apart so quickly! I liked it. It wasn’t over-the-top, and fitted with the world’s setting/technology. HOWEVER, leading up to the ‘truth’, I found that both Varin and Kera were so unlike themselves from the rest of the novel. Oh well, I don’t know these characters as well as the author. But it didn’t come off smoothly or cohesively, unlike the rest of the novel. The tone and setting felt cold and icy, unlike the rest of the story (warm and golden, like honey!). Perhaps that was on purpose!

I thought I would rate this 5/5, but the eugenics undertone, blanketing of the WLW representation, as well as the stunted ending, I had to take a star off.

I am definitely going to buy this novel. I want to meet the author and say thank you for being one of the only YA Australian authors I enjoy. I want her to sign a copy of my future hard copy, and I’ll treasure it on my book case.
I’m going to recommend this book to all of my friends: especially the ones who enjoyed that the world is similar to the set up of Divergent (sectors with personalities and industry traits), or for bloggers/friends who looooved Sam and Celaena in the ToG prequels.